Amber Nelon Thompson is a third-generation Southern Gospel singer, the daughter of Kelly Nelon and Jerry Thompson and grand-daughter of Rex Nelon. She was still a child when she recorded her first solo project in 2000.

In 2012/2013, Amber won the Idol Experience at Walt Disney World, which allowed her to audition for the television talent show, American Idol. She ultimately chose not to pursue what many would consider a dream opportunity after one judge said she would be expected to dress provocatively and sing only secular songs.

Amber has been featured on the Gaither Homecoming video series from childhood to the present day. She is married to former Hoppers member Nathan Kistler. 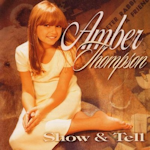 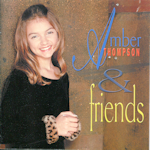 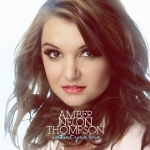 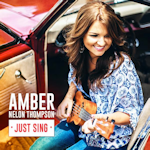 hi-res
2015 Just Sing (Daywind Records/DAY-2763D): Sing Along; He's Making Me; Another Time, Another Place; Be Thou My Vision; What Do You Say; Without Your Love; Grateful; God Is Always Good; Give It To Jesus; Falling
All articles are the property of SGHistory.com and should not be copied, stored or reproduced by any means without the express written permission of the editors of SGHistory.com.
Wikipedia contributors, this particularly includes you. Please do not copy our work and present it as your own.