The Crystal River Boys formed in 1986 with Dennis Bradley, Wayne Little, and Harold Coomer. Bradley had written several songs recorded by the Inspirations, Rex Nelon Singers, and the Hoppers through the 1970s and 1980s. The group's debut single appeared on the Singing News Top 80 chart but the trio shifted their focus to a part time ministry that continues to this day.

In the late 1990s, the group included bass singer Ken Turner as well as Wallace Nelms of Statesmen fame and founding lead Wayne Little who went on to sing tenor with the Blackwood Brothers. This line up was only together for a short period of time and made two recordings.

???? Going Home (Apostles Records/1026): I Can Almost See Heaven; Mercy Is Mine; Rainbow Of Love; How Great Thou Art; What A Savior; Going Home; He's A Comfort To Know; Mercy Called My Name; Oh, What A Love; God Bless The USA (Ken Turner, Larey Pippen, Wayne Little, Wallace Nelms). 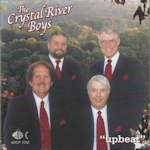 hi-res
???? Upbeat (Apostles Records/1032): I'm Getting Ready To Leave This World; Turn Your Light On; I Was There When It Happened; Feeling Fine; I'll Fly Away; I've Got That Old Time Religion In My Heart; I'm Telling The World About His Love; Goodbye World, Goodbye; Saints Will Rise; Jesus Is That Heavenly Light (Ken Turner, Larey Pippen, Wayne Little, Wallace Nelms).

After the original group disbanded following Dusty Barrett's departure to Soul'd Out Quartet in 2008, the group was revived in 2009 with Ben Mooney, Tony Churchill, and Randy Gober, who were formerly known as an acapella group named Chozen. 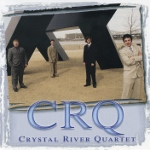 hi-res
2005 For The First Time (Independent Release): I've Got That Feeling; For The First Time; Sailing; When I Thank Him; One Way Trip; If It's Thy Will, I Will; If Hadn't Come Down; At The Bottom Of The Hill; I Am The Water; The Old Rugged Cross. (Dusty Barrett, Zack McGill, Jeremy Lile, Drew Shockley). 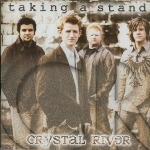 hi-res
2006 Taking A Stand (BSA World Records): In The Heat Of The Flames; I'm Here Because Jesus Went There; If There Had Never Been A Cross; It's A Breeze; When The Hammer Struck The Nails; There's A Difference In The Difference; Before The Teardrops Hit The Ground; Mercy River; He'll Come Walking On Your Water; Star Of Heaven; Higher Ground. (Dusty Barrett, Zack McGill, Jeff Snyder, Jeremy Lile). 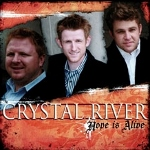 2007 Hope Is Alive (BSA World Records): Faith Takes A Stand; Our Souls Will Fly; I Stand In Awe; He Still Parts The Red Sea For Me; Hope Is Alive; There Is A Hope; Do You Know; Here's Your Sign; I Stumble; His Love Amazes Me; Jesus Is Always Doing Something. (Dusty Barrett, Zack McGill, Chris Whitaker). 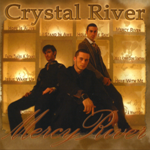 hi-res
2009 Mercy River (BSA World Records): Jesus Wake Up; Faith Takes A Stand; There Is Hope; Jesus Is Always Doing Something; Mercy River; Hope Is Alive; A Little Bit Of What I Got; Hole In The Sky; Everyday Is Christmas; I Stand In Awe; Here With Me. (Ben Mooney, Tony Churchill, Randy Gober). 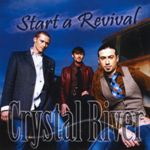 hi-res
2010 Start A Revival (BSA World Records): Before The Teardrops Hit The Ground; Floor Of Faith; It's A Breeze; Start A Revival; My History; Give The Gift; My Stupidity; Our Souls Will Fly; Sovereign Lord; Mercy Always Finds A Way; Temptation. (Ben Mooney, Tony Churchill, Randy Gober). 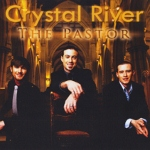 hi-res
2012 The Pastor (BSA World Records): The Pastor; Reason For The Rain; Always Been Angels; I Pray For Them; Did John C U; If You Look Real Close; Same Kind Of Different; Armed And Dangerous; Borrowed Time; His Love Amazes Me; Mothers, Pray For Your Children. (Ben Mooney, Tony Churchill, Randy Gober). 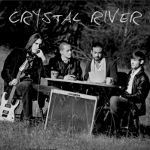 hi-res
2013 Crystal River (Custom Records): Day Off; Light Of You; Never Grow Old; In This Place; Minute At A Time; I Love You; What A Day; Here I Am; Temptation; Should Have Thought. (Ben Mooney, Tony Churchill, Randy Gober, John Miears).