Kelly Nelon Clark is the daughter of legendary bass singer Rex Nelon, the mother of Amber Thompson and Autumn Clark, and the wife of Jason Clark. She is best known as the long-time alto singer for the LeFevres and the Nelons. She has won numerous awards and is also an accomplished songwriter.

Kelly joined the LeFevres in the late 1970s. LeFevres matriarch Eva Mae LeFevre was still traveling with the group at this time, but management of the group had been transferred to Rex Nelon. By 1977, Eva Mae had decided to retire. With her retirement, the name of the group was changed to the Rex Nelon Singers. With Kelly and Janet Paschal (and later Karen Peck) defining the group's "middle of the road" (between traditional and contemporary) style, the Nelons were one of the most popular mixed groups of the 1980s.

During the 1980s, workout albums were popular. Kelly added her own contribution, an album titled Body Work, in 1984.

In the early 1990s, Kelly signed with Benson Records and began the process of launching a solo career. She left the Nelons in 1991 but returned in 1992 when it appeared the group might otherwise dissolve.

1983 Her Father’s Child (Canaan Records CAS-9900): When I Grow Up; Your Grace Still Amazes Me; I Couldn't Make It Without Him; God Is On the Job; The Singer; Baruch Hashem Adonai; Miracle Man; Heaven Must Have Missed You; For the Life of Me; Lean On Jesus. 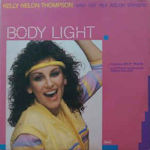 1984 Body Light (w/ The Rex Nelon Singers) (Canaan 7-01-9912213-3 (or) 7-01-991253-2): Warm Up (Jesus Is Alive and Well); Arm Workout (When I Receive My Robe and Crown / Fight the Good Fight); Mild Aerobic (Jesus Is Your Ticket to Heaven); Fast Aerobic (Walk Right Out of This Valley); Inner Thigh and Quad Workout (I Just Can't Keep It to Myself); Leg and Outer Thigh Workout (What a Singing); Hip and Thigh Workout (We Shall Wear a Robe and Crown); Abdomen Workout (Joy Bells); Buttocks Workout (Miracle Man); Cool Down (Oh For a Thousand Tongues) (NOTE: an exercise album).

hi-res
1985 Praise Him Now (Word Records/WR 8328): We Can't Waste Any Time; No More Night; Do What; All That I Was; Keep Pressing On; Praise Him Now; Love Speaks Louder; This Much; Only God Could Love You More; Worthy.

1988 Called By Love (Canaan Records/7-01-996613-6): Heaven Knows; Go Ahead And Tell Someone; Inside Information; Called By Love; I Will Forever Praise Your Name; Bought And Paid For; We Said Yes Together (Duet with Jerry Thompson); Boundless Love; Children In His Eyes; Holy Spirit Come.

1992 Steadfast Heart (Benson Music Group/C02804): Love Has Triumphed; Steadfast Heart; When You Haven's Got a Prayer; Always and Forever; Nobody Knows It's You; Today's the Day; God So Loved the World; River of Love; In the Middle of It All; Forgiver, Redeemer.

Happy Ending
I'll Have Faith
Jesus You're My Kind Of Friend