Ralph Richard Carmichael was a songwriter and music arranger. He is known as one of the founding fathers of Contemporary Christian Music, but many of his songs were also recorded by traditional artists.

Carmichael's childhood was spent in Illinois and North Dakota. His father was an Assemblies Of God minister. They moved to San Jose, California when Carmichael was a teenager. He joined the local orchestra there while he was a high school student. During those years, he developed a habit of sitting at the piano picking out unusual chords while listening to orchestra music on the radio.

In 1944 at the age of seventeen, Carmichael enrolled at Southern California Bible College which was based in Pasadena, California at the time. (The school was later moved to Costa Mesa, California and renamed Vanguard University.) During his college years, Carmichael appeared leading a big band on a local television show called "The Campus Christian Hour." He also created various other musical ensembles.

Carmichael began dating singer Evangeline "Vangie" Otto after hearing her sing on the radio and seeking her out. They were married in February 1948 and had a daughter in 1949 who they named Carol Celeste. Carmichael was soon ordained as a Baptist minister and joined the staff at Temple Baptist Church in Los Angeles, California. The music he arranged for his church's worship services was sometimes complex to the point that he would hire professional musicians for special events. Meanwhile, "The Campus Christian Hour" (his television show) was recognized with an Emmy Award.

In 1951, Carmichael began a long-term association composing soundtracks for World Wide Pictures, the motion picture division of the Billy Graham Evangelistic Association. Over the years that followed, he continued his work with World Wide Pictures, ultimately scoring more than 20 films including The Restless Ones (1965) which introduced his song "He's Everything To Me" and the popular Reverend David Wilkerson biopic The Cross And The Switchblade (1970) starring Pat Boone and Erik Estrada, based on Wilkerson's 1963 book by the same title.

Carmichael arranged music for the classic monster movie The Blob in 1958. That same year, he convinced leadership at the Sacred Records label to fund an orchestra recording using union studio players at Capitol Records' famous Studio A in Hollywood, California. The result was Rhapsody In Sacred Music, a recording of traditional hymns that set a new standard of sophistication for Christian audiences matching the best secular orchestra recordings of that time period both in terms of sound and complex chord structures. From that point forward, Carmichael only employed the best available musicians.

Rhapsody In Sacred Music caught the ear of a producer working with Nat King Cole which led to Carmichael arranging Cole's 1960 Christmas album The Magic Of Christmas. That relationship led to work for other popular secular artists in the ensuing years from diverse backgrounds including Peggy Lee, Bing Crosby, Stan Freeberg, Roger Williams, and others. Carmichael also worked arranging music for television shows including I Love Lucy and The Danny Kaye Show and on the movie Finian’s Rainbow (1968) starring Fred Astaire.

In the midst of this success, Carmichael separated from his wife Evangeline in 1963. They divorced the following year and the couple's marital issues were reported in The Los Angeles Times. During this same time, Carmichael admitted he had become addicted to the drug Dexamyl which he had initially used to stay awake during late night sessions arranging music. In the fall of 1965, Carmichael married Marvella Grace Price/Odonnell. His second marriage produced three children, Andrea, Greg, and Erin.

In 1966, Carmichael founded the Light Records label to produce music for the emerging "Jesus People" culture on the west coast. In addition to recordings by his own orchestra, the label released music by some of Christian music's best known pioneers including Andraé Crouch & The Disciples, The Archers, and The Winans. Reverend Billy Graham's long-time crusade soloist George Beverly Shea also recorded for Light Records.

The folk musical Tell It Like It Is was published in 1969. Designed for use in the church, the musical created by Carmichael and Kurt Kaiser included the popular Christian song "Pass It On" that practically every youth choir in America learned during the early 1970s. The success of Tell It Like It Is (selling over 100,000 copies) led to many similarly-themed musicals arranged by Carmichael in the years that followed. Elvis Presley recorded Carmichael's song "Reach Out To Jesus" on his 1972 Grammy winning album How Great Thou Art. In the years that followed, Carmichael saw some of his songs which were originally rejected by the church for sounding "too worldly" added to the repertoire. "The Savior Is Waiting" now appears in most modern hymnals and will likely be Carmichael's most enduring song.

During the 1990s, Carmichael traveled with the popular Young Messiah tour which featured several of Christian music's best known singers including Sandi Patty, Twila Paris, and Michael English. In 1994, Carmichael's instrumental album Strike Up The Band won a Dove Award.

Over the course of a career spanning more than six decades, Carmichael was a primary composer, arranger, and/or artist on approximately 200 albums and published more than 3000 arrangements. Carmichael's music library was divided among three organizations: Baylor University, the Great American Songbook Archives, and the University of Arizona Jazz and Popular Music Archive. 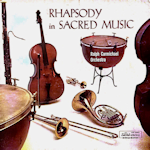 hi-res
1958 Rhapsody In Sacred Music (Sacred Records/LPS 6001): Now I Belong To Jesus; I Walked Today Where Jesus Walked; Close To Thee; Come Thou Fount; The Saviour Is Waiting; The Lord Is My Light; Jericho; I've Discovered The Way Of Gladness; Jesus Loves Me; Sunrise; For All The Saints; Come Unto Me. 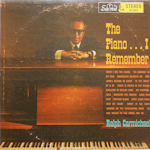 hi-res
1960 The Piano...I Remember: Volume 1 (Word Records/WST-704-LP): When I See The Blood; Tis Burning In My Soul; Whosoever Meaneth Me; Our Lord's Return To Earth; In The Sweet By And By; There Is Power In The Blood; Dwelling In Beulah Land; Joy Unspeakable; Brighten The Corner; Come And Dine; Farther Along; Since Jesus Came Into My Heart; Honey In The Rock; Leaning On The Everlasting Arms; He Was Nailed To The Cross For Me. 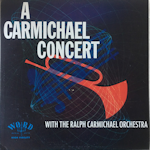 hi-res
1961 A Carmichael Concert (Word Records/W-3149-LP): Jesus Name I Love; In The Garden; This I Know; Must Jesus Bear The Cross Alone; Amazing Grace; Tis So Sweet; Ivory Palaces; Unworthy; What A Friend; Wonderful Peace; Some Golden Daybreak; Sweet Hour Of Prayer. 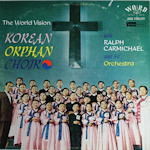 1962 102 Strings (Sacred Records/4027): When We See Christ; Melody Divine; I Know I'll See Jesus Some Day; My Friend And I; There'll Be One Song; How Can I Be Lonely; It Is Morning In My Heart; Some Golden Daybreak; Heaven In My Heart. 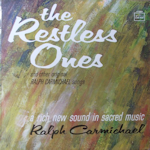 hi-res
1967 The Restless Ones (Word Records/LPS-7-4046): Oh I Shall Never Forget The Day; I Cannot Hide From God; Like A Lamb Who Needs A Shepherd; My Friend And I; I Heard About; The Heart Is A Rebel; The Restless Ones; I Found What I Wanted; Closer Than A Brother; Land Without Tears; Now I Only Know In Part; Return. 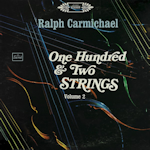 hi-res
1969 One Hundred & Two Strings: Volume 2 (Sacred Records/74051): He's Everything To Me; For By Grace; Love Is Surrender; I Looked Into His Face; Reach Out To Jesus; All My Life; Beyond All Time; For Ever And Ever; Precious The Moments; A Quiet Place. 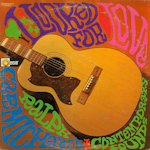 hi-res
1969 I Looked For Love (Light Records/5510): I Looked For Love; A Quiet Place; You Can Touch Him If You Try; A Living Circle; One Of These Days; Love Is Surrender; I'm Gonna Go Back; There Is More To Life; The Ballad Of St. Peter; Land Without Tears.

197? The Piano...I Remember: Volume 2 (
1970 The Electric Symphony: The Moog Synthesizer (Light Records/5541): All My Life; Bright New World; The New 23rd; I've Got Confidence; His Land; He's There Waiting; A Quiet Place; Searching Questions; My Little World; The New Hallelujah. 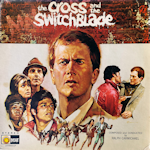 hi-res
1971 The Cross And The Switchblade (movie soundtrack) (Light Records/5550): You Gotta Try; Switchblade Theme; Where Is It; I Just Lost; Bright New World; I've Got Confidence; The Addict's Psalm; Rumble; God Loves You; Love. 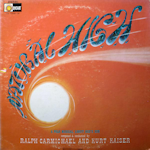 hi-res
1971 Natural High: A Folk Musical About God's Son (Light Records/5558): We're On Our Way; Outasite; From Out Here; The Sequence Of Events; It's Our World; Thursday Night; Too Bad About Ginny; Get Myself Together; Searching Questions; Teamwork; I'm All Thumbs; Natural High; What Gives You The Right; I Have No Right; Someone Loved Me First; I Can See God; God Doesn't See Us Through The Flowers; God Can See Us; When I Think Of The Cross; My Little World; Natural High Reprise; Moment Of Truth. 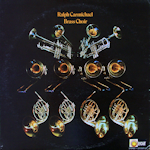 hi-res
1971 Brass Choir (Light Records/5567): Jesus Shall Reign; Come Thou Fount; For The Beauty Of The Earth; In The Cross Of Christ I Glory; Come Thou Long-Expected Jesus; Christ Arose; Guide Me Oh Thou Great Jehovah; Golden Harps Are Sounding; More Holiness Give Me; How Firm A Foundation; The Valley Of Blessing; The Lord Is My Shepherd. 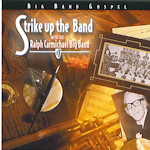 hi-res
1993 Strike Up The Band (Brentwood Jazz Records/): He Everything To Me; My Little World; Quiet Place; Reach Out To Jesus; Tell It Like It Is; We Are More Than Conquerors; Strike Up The Band; All My Life; I'm Gonna Go Back; Found What I Wanted; New 23rd; The World Is Waiting For The Sunrise. 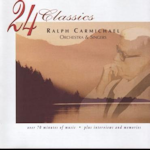 hi-res
1996 24 Classics (Light Records): He's Everything To Me; Beyond The Sunset; Goin' Home; Come Thou Fount; While It Is Day; A Quiet Place; Nobody Knows The Trouble I've Seen; Just A Closer Walk With Thee; Love Can Make The Difference; Over In Bethlehem; Reach Out To Jesus; Beyond All Time; How Great Thou Art; Jesus Shall Reign; Sun Of My Soul; Jesus The Very Thought Of Thee; Every Time I Feel The Spirit; Shadrack; In The Cross Of Christ I Glory; The Lord Is My Shepherd; Now I Belong To Jesus; Like A Lamb; The New 23rd; The Savior Is Waiting. 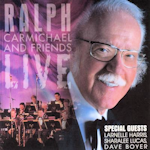 hi-res
1997 Ralph Carmichael And Friends Live (Brentwood Records): Here And Now I Believe; The Savior Is Waiting; Love; Love Is Surrender; His Eye On The Sparrow; Beyond All Time; Come on Home; Peace In The Valley; The Man; Just a Closer Walk With Thee; Nobody Knows The Trouble I've Seen; Be Still My Soul 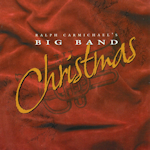 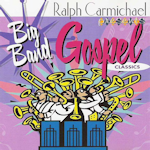 hi-res
1999 Big Band Gospel Classics (Light Records/): Every Time I Feel the Spirit; Beyond The Sunset; Brighten The Corner Where You Are; Abide With Me; Down From His Glory; In The Garden; Soldiers And Saints; Tis So Sweet; Amazing Grace; Pass It On; Fairest Lord Jesus; All That Thrills My Soul; Hiding In Thee; Jericho.

2004 A Treasury Of Hymns: O For A Thousand Tongues To Sing; Alleluia; Amazing Grace; All Hail The Power; Fairest Lord Jesus; Jesus Shall Reign; The Old Rugged Cross; And Can It Be That I Should Gain; Great Is Thy Faithfulness; The Church's One Foundation; A Mighty Fortress; Holy, Holy, Holy; Just As I Am; Savior Like A Shepherd Lead Us/Near To The Heart Of The Lord; Majesty Medley. 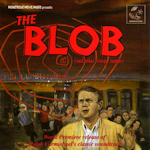 hi-res
2006 The Blob (And Other Creepy Sounds) (Carmichael's soundtrack from the 1958 monster movie The Blob was not released until 2006.)

???? Greater Than You And I (Coral Records/CRL 757319): His Love; Beneath The Cross; Each Step Of The Way; Holy, Holy, Holy; Thy Will Be Done; The Deep Hidden Valley; Somebody Bigger Than You And I; Fairest Lord Jesus; He Careth For You; How Great Thou Art; Our Thanks To Thee; Until We Meet Again.