In 2005, Robbie Hiner, who had founded Song Garden Music Group with Nick Bruno, resigned from the quartet in order to devote his full attention to the success of the label. Bruno and Hiner left the label in October 2006. 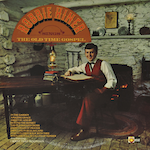 hi-res
1976 Sings The Old Time Gospel (Light Records/LS-5704): In The Garden; Dwelling In Beulah Land; Sweet Hour Of Prayer; Just A Closer Walk With Thee; Amazing Grace; I Want That Mountain; Sweet By And By; Beyond The Sunset; When The Roll Is Called Up Yonder; The Old Rugged Cross. 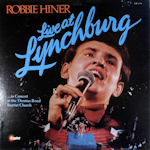 hi-res
???? Live At Lynchburg (Light Records/LSB-5734): Lift Him Up/Holy Holy; Learning To Live Like A Child Of The King; In The Garden; Dwelling In Beulah Land; I Want That Mountain; His Name Is Jesus; Fanny Crosby Medley; Victory In Jesus; I Find No Fault In Him; Rise Again; It Must Have Rained In Heaven; I Should Have Been Crucified; Victory In Jesus. 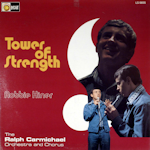 hi-res
???? A Little Bit Country (Thomas Road Baptist Church Records/TRBC-101): I'm Not Getting Older; He's All We Need; Never Alone; If I Should Die; Some Glorious Morning; Robbie's Song; My All In All; Blessings From The Lord; Children We're Not Home Yet; God Bless The USA. 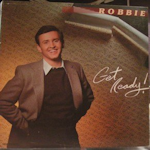 hi-res
1980 Get Ready (New Dawn Records/ZLP3179): Everything To Me; Keeper Of The Well; Satan's Fantasy; He Chose To Live In Me; I Am Your Song; Holy, Holy, Holy; For I Shall See Him; People Get Ready; There Is A Way; How Wonderful Thou Art.

???? Joy Like A River (Thomas Road Baptist Church Records) (with Steve Branan).
All articles are the property of SGHistory.com and should not be copied, stored or reproduced by any means without the express written permission of the editors of SGHistory.com.
Wikipedia contributors, this particularly includes you. Please do not copy our work and present it as your own.